This problem asks us to implement a program that outputs the number of edges in the minimum spanning tree of a weighted, undirected graph. Though we are not given the weights of each edge, we are given that “an edge that shows up earlier in the input has a strictly less weight than an edge that shows up later in the input”. If there is no minimum spanning tree (i.e. the graph is not connected) we output “Disconnected Graph”.

Node/vertex: an element in a graph

Edge: the connection between two nodes/vertices in a graph

Weight: the “cost” of travelling along an edge in a graph

Directed graph: a graph has that direction; every edge start from one nodes and goes to another

A disjoint-set (with path compression optimization) has two main operations. The data structure can also be stored in an array, where the value with index i in the array represents i’s parent element’s index.

Below is an example of how the disjoint-set data structure works.

Assume we have 10 elements to begin with, and all elements are part of their own set. Each set’s representative is the sole element in that set. 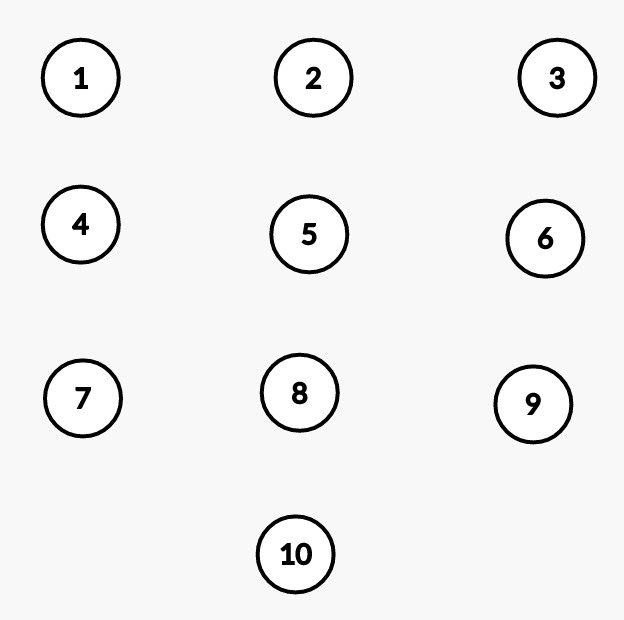 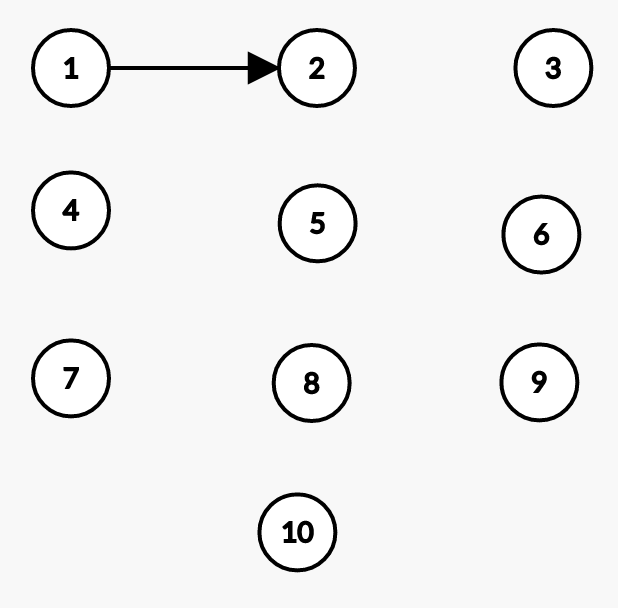 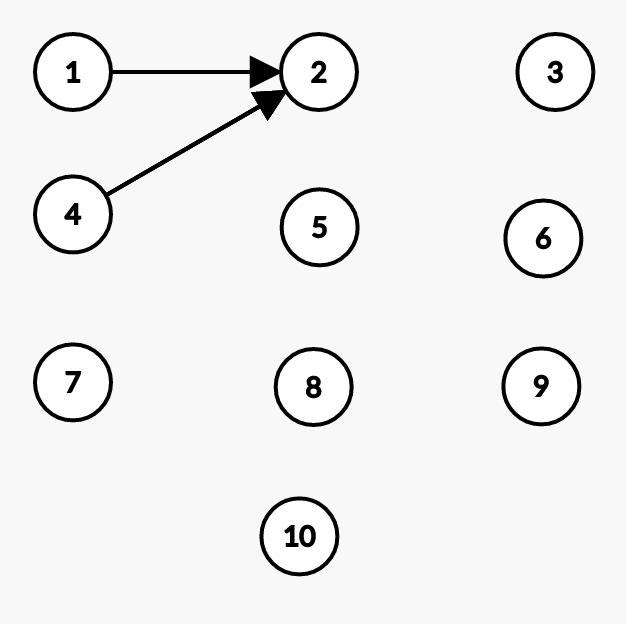 Now, let’s merge 2 and 3. An edge is added between each vertex’s representative. 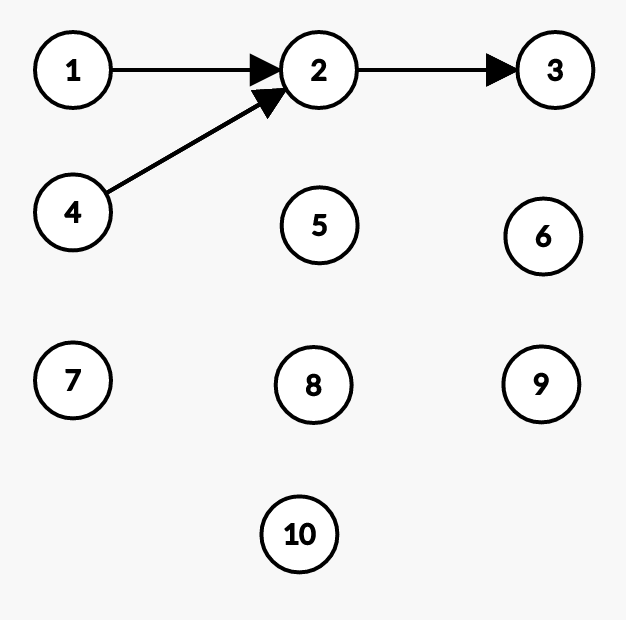 If we were to call find(1) now (finding 1’s representative), it would return 3, and it would also make 1’s direct parent 3. This is known as the path compression optimization. 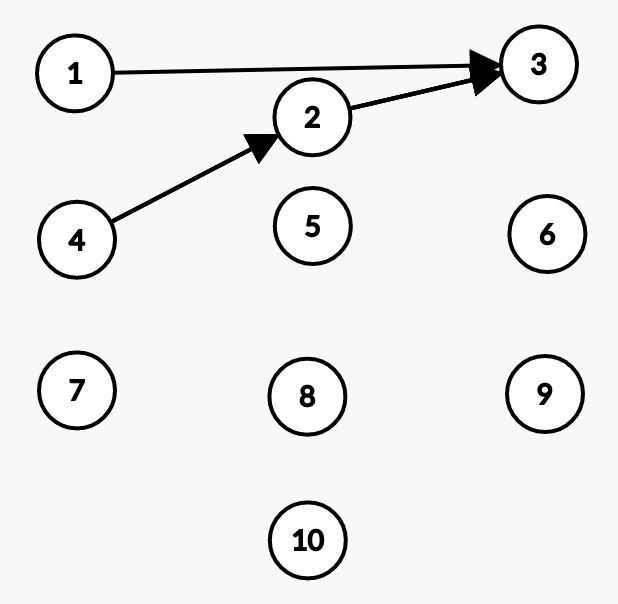 Below is an example of a minimum spanning tree of a graph. 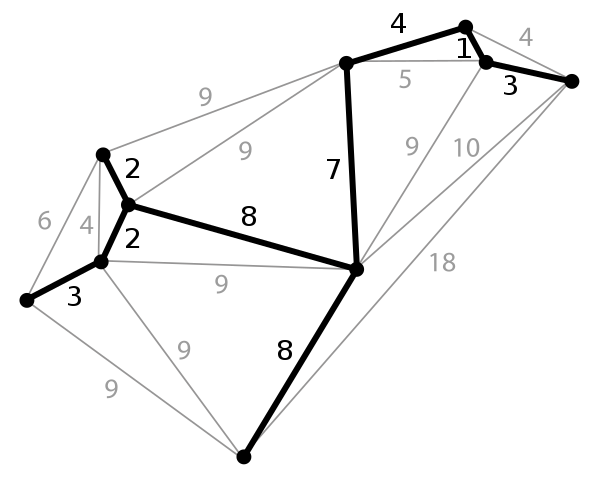 The idea of Kruskal’s algorithm is to sort each edge in non-decreasing order by its weight (which is conveniently how the edges are given in the input), then add the current edge to the minimum spanning tree if the two vertices are not part of the same set. If we have added the current edge, then merge the sets of both of the vertices that are a part of the edge. Kruskal’s algorithm is an example of a greedy algorithm.

Let’s now test our strategy on the sample inputs.

The graph can be represented as follows: 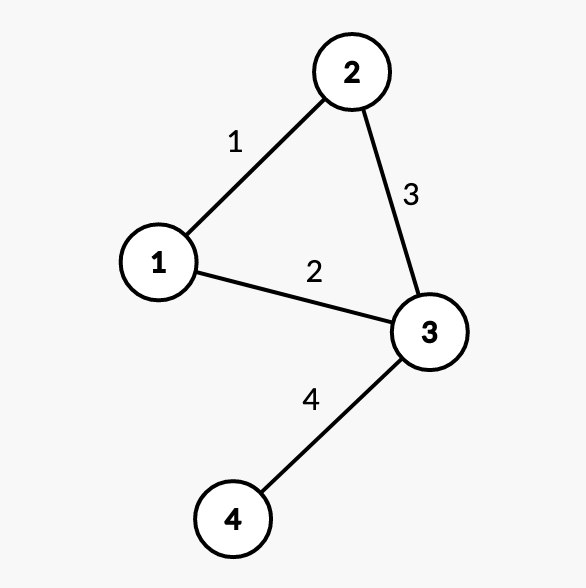 Since we can assume that any edge that comes before another edge in the input has a lesser weight than the edge that comes later, there is no need to sort the input. We will use an array to represent our disjoint-set. 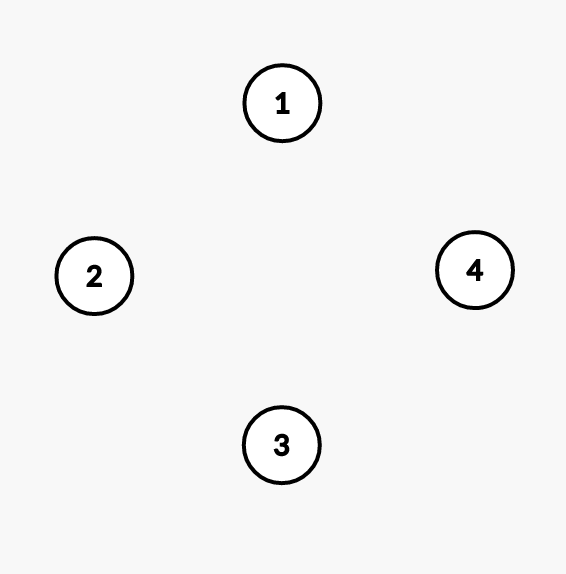 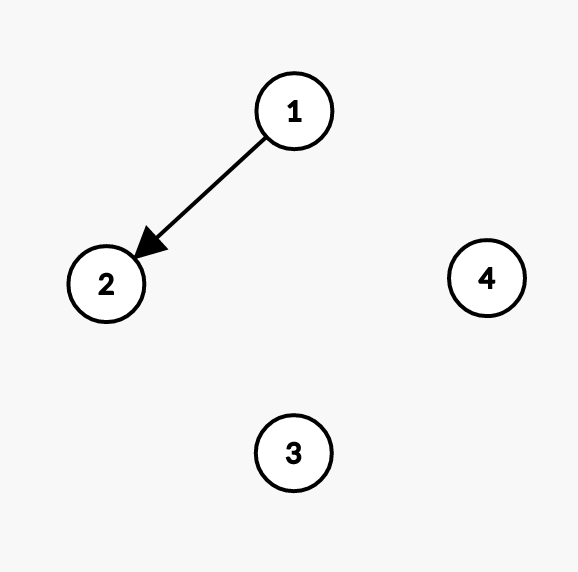 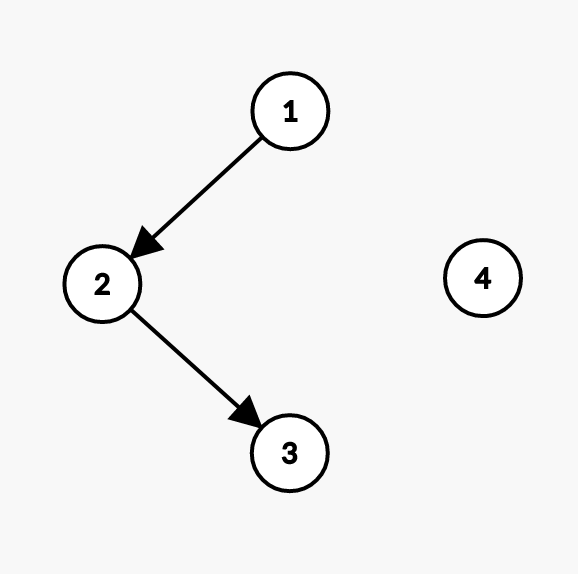 Check if 2 and 3 are part of the same set. They are, so do not add the current edge to the minimum spanning tree. 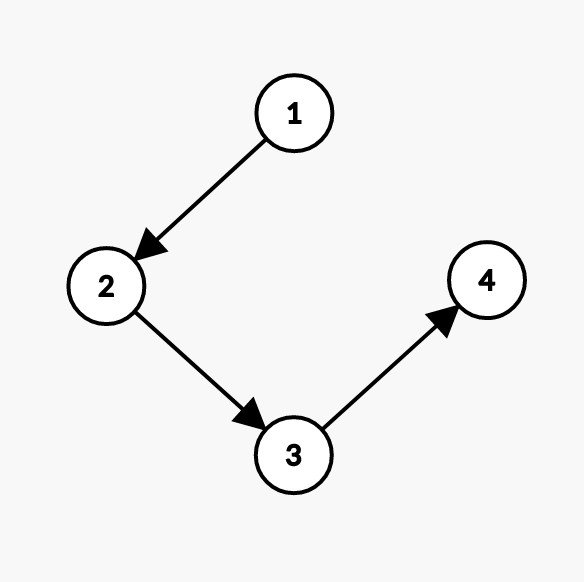 We realize that each element is a part of the same set and has the same representative (4). We can then output the minimum spanning tree.

Now that we have devised a strategy and have confirmed it with the sample input, we can write the code for this problem.

Blog post views on a static blog for free

Background I wanted to create a blog, and do so for free without being bound by a service that holds my content. (GitHub doesn’t count, since the blog files and the posts are saved locally, and ...

Getting my summer 2021 internship + general tips and advice

During the summer of 2021, I interned at the University of Waterloo developing a website for the Software Architecture Group (SWAG). This blog post will outline how I got the internship and general...

Blog post views on a static blog for free

Getting my summer 2021 internship + general tips and advice